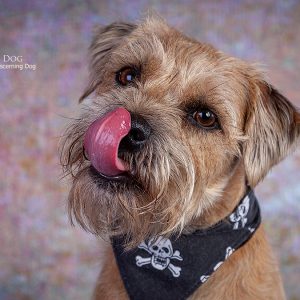 Shooting Dogs In July And August

We’ve been busy shooting dogs and painting the studio walls since lock down ended. Have to say, it all seems to be coming together rather nicely.

July and August proved to be rather popular when it came to shooting dogs in the studio and outdoors. But in between shoots there was the continuing upgrade of the studio space taking place. Rubbish to be removed, cleaning to be done and walls to be painted.

Things kicked off after lock-down with a two part outdoor session celebrating the six month birthday (if that is the right word) of some cockerpoo puppies, and some of their friends.

A morning session in the park proved to as chaotic and fun as expected. Puppies and their friends running everywhere. Any thought of a photo shoot plan soon went out the window and it was just time to ad-lib.

The afternoon saw us meet up at the beach, where wet dog was the theme of the shoot. Wet photographer was also a theme!

Back in the studio and we were shooting Maisie and Max for a top secret birthday present. They had been “smuggled” out to the studio without their owner knowing for a special surprise. The birthday has happened now, so it is safe to share these.

Monty was next to visit the studio. His owners had won a photo shoot voucher at a recent fundraiser for The Friends Of Shoalstone Pool.

Monty came with a wonderful wardrobe of bandannas with him. He proved rather reluctant to have his photo taken to start with, but soon he was modelling like a pro.

Monty’s owners had seen an example of one of our creative art pictures in the window of the studio, and liked the idea of trying something a bit different. So Monty got the full “Sherlock Bones” treatment as well as his standard portraits.

Several other dogs have also been in the studio over the last couple of months but I can’t show you yet, as they a surprises too. There are also some other shoots in the pipeline. These are outdoor shoots, so we are awaiting fair weather and tides before sorting these out.

If you have been inspired to have your dog photographed then contact us and we’ll be in touch to sort out everything else.

That seems to be never ending. We are getting there. We just don’t like painting walls very much and so keep finding more exciting things to do.

So we’ll keep on shooting dogs and painting walls in the bits in between, and it will soon be done.