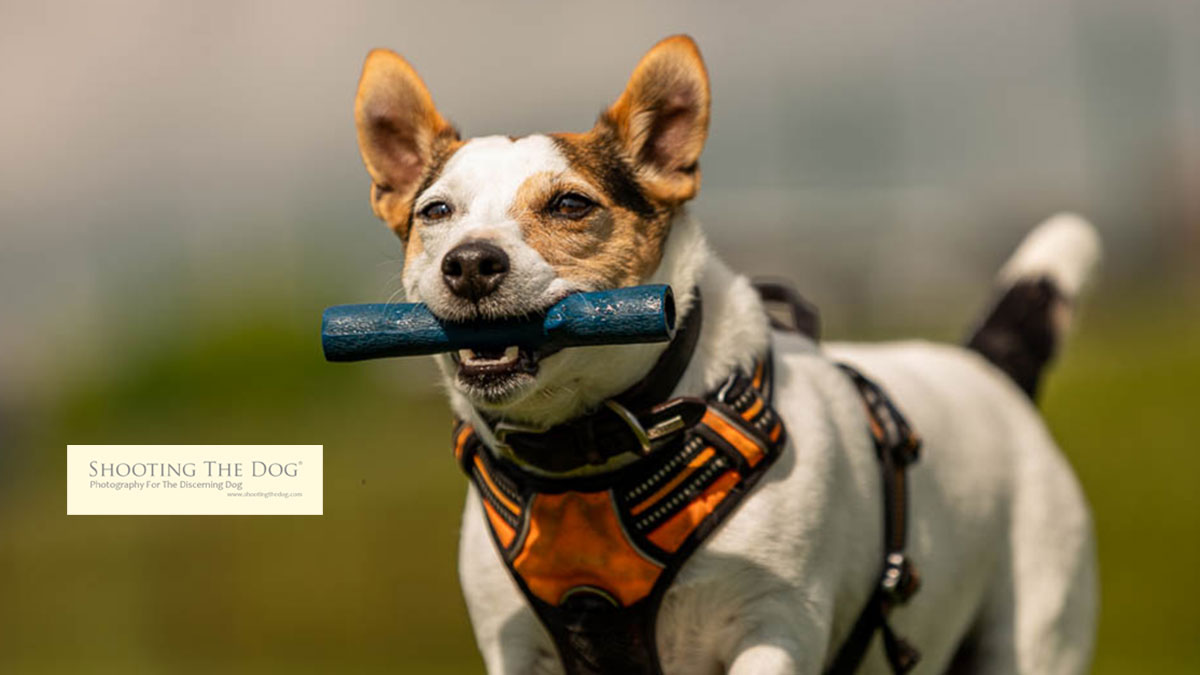 Sir Fidget Smelly-Bottom is the resident dog at Shooting The Dog. He gives me plenty of practice at all types of dog photography. If you’ve visited the studio for any reason you will know he always gives you a noisy welcome. So I thought it was about time that he got a proper introduction to everyone.

It Was Meant To BE

Fidget’s mummy belongs to a good friend of mine. I was given the opportunity to document the puppies growing up, so I have known Fidget since he was born. Of course, I had no intention of getting a new puppy. He just sort of attached himself to me over a the first few weeks.

It wasn’t long before I was making preparations to introduce the little monster to Sir Ludo Smelly-Bottom, my existing dog. Ludo was well known for being somewhat grumpy, so I had no idea how he was going to react to a new puppy in the house.

However, it didn’t take Ludo long to take to Fidget; and occasionally peace and serenity was observed. Not too often though, but in general Ludo was being the perfect, and very tolerant, older stepbrother.

There were a few quieter times when Ludo was very patient with the new puppy.

And some very silly times as well.

Unfortunately, Ludo was suffering from cancer at this time, and soon after we had to let him go. But Fidget was there to fill a big gap, and he helped me through a very difficult time.

And he has been by my side ever since, and not a day goes by when he doesn’t make laugh out loud. Even on those days when he has managed to drive me to distraction at some point.

Camping Trips and Other Adventures

Through wind, rain, sun, and even snow, we venture out on exciting adventures and outings. We both enjoy our camping trips, and can’t wait to get back out under canvas.

But Life Hasn’t Been Easy

When he was nearly two, Fidget was diagnosed with idiopathic canine epilepsy. This caused him to have frequent seizures, and often to have clusters of seizures one after the other.

We worked with the vets to try treat the problem and control them as best as we could. Unfortunately, over time, although the frequency of the seizures was under control the severity was getting worse each time he had them.

In early December 2019, he had a particularly bad attack. Culminating in him having about twenty-eight fits in about three days. He ended up at the vets for observation, and they contacted a neurosurgeon in Bristol to discuss his case. He gave them some recommendations, and the result was a complete change to his diet and a new regime of drugs. So he now had to have “NeuroCare” food, and was moved on to a new mixture of drugs: Zonisamide, Epiphen and Libromide. The doses and frequency of the drugs was also altered.

The good news is that, so far, it seems to be working. So far this year he has only had two fits, and no clusters. It is such a relief!

He will never be completely “cured” of his epilepsy, but to be able to cut down the frequency and severity so much is amazing. By this time last year, he would have had at least six bouts of seizures.

So, fingers crossed, things are all looking good on the epilepsy front. We are just so thankful that the vets started talking to an expert in the field rather than just trying the next thing it said in the books!

So there you have it. Little Fidget. He makes me cry, drives me round the bend sometimes but mostly he enriches every day of my life. He has been with me just over seven years now. He’s my best mate and my inspiration, and I can’t imagine my life without him in it.

… and he’s sitting on my lap as I write this, and my legs have gone numb!

You can see more of Sir Fidget Smelly-Bottom on his facebook page.

[…] as I am sure you are aware, is the studio dog, and is taking a little time today to share with you some his top picks when it comes to dog toys […]

[…] Sir Fidget Smelly-Bottom, the studio dog, has decided that he would like to recommend to you some of his favourite things, places to visit and all things doggy related. […]